What leads to war?
As far as the movie concerns, it relates closely to the political realism. In the regard of war, the weak seeks for new order, while hegemony sees the instability. What leads us to the war, according to the census from the movie, is the strenuous acquirement of freedom. However, people directly involved in the matter, express otherwise. Consider the plausibility of realism, that every war in civilized ages are generated from rational calculations of interests. How do we justify war? War, masked behind some high-honored slogans like “liberty”, or even more effortless, covered with the hatred generated from revenges, has dominated our minds.
But why defense doesn't serve as much as we want? Why should we preempt?
Because the one pulls trigger one second later will be the undisputable dead. Knowing that not one single is aiming for the peace, violence becomes the only solution to conflicts. This is a typical Prisoner Dilemma Game playing here. No one wants the worst, but that will not leads to the very best of everyone. In order to grasp a chance of survival, one seemingly has to be sabotage others’ benefits for one’s own.
Therefore, hegemony gives us leadership. And leaderships in both military expansion of global security circumstances and economic colonialism process maintain the hegemony. Some have interpreted the reason going to Iraq war was simply due to the oil under the ground. The wants of having a war is simple, while the difficult part is the convincement of the public.
Hence, it leads to the topic of how and why the US became a defense industry.
This is a defense industry, which we are all involved in at some level as a living person on the current American land. As Eisenhower warned the nation, military industrial complexity and the following unauthorized utilization of power would become dreadful crises. From the frontline of Iraq War to the army boots sewing company, from the missile killing hundreds of men in a blink to the recruitment of a homeless young man, from the humanitarian protests to the legal corruption of military industry, Americans are caught in the meddle of the industrial complex as predicted decades ago.
Pentagon needs to maintain the popularity of war, and politicians realize that they could dominate the argument of war, of violence, of killing and death as much as they want. Even if the US is proud of being the freest land, such media orientation is so easily manipulated. After the enthusiasm of attending war fades as time flies by, people start to ask the government, and themselves as well, why we fight?
Through the lasting pain from the tragic 9/11, to the strategic rearrangement of military force, American people haven’t stopped bleeding. Neither did the people in many other areas, especially some occupied by American troops. I want to end the essay with a quotation from Frodo’s last words explaining why he left the middle earth, “Some hurts go too deep…that have taken holds.” 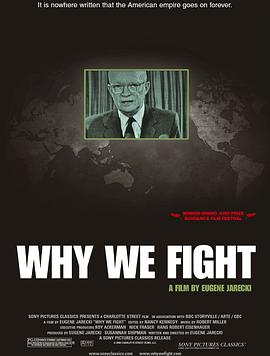