the bond between humans and a robot.

Based on a Marvel comic, the film centers on 14-year-old robotics prodigy Hiro Hamada. After hisolder brother Tadashi, who is a university student delving into robotics loses his life in a fire, the boyreprograms Tadashi’s Baymax into a fighting robot and forms a superhero team to investigate thetruth behind the tragic accident.   The biggest selling point of the movie is the super lovable and balloonish Baymax. Looking like awalking marshmallow and moving and speaking slowly, he is the movie’s star. Although he mightnot look like the professional nurse he is, Baymax serves as a reasonable and competent healthcarecompanion. In any case, Hiro’s health condition, physically and psychologically, is always Baymax’sfirst concern. 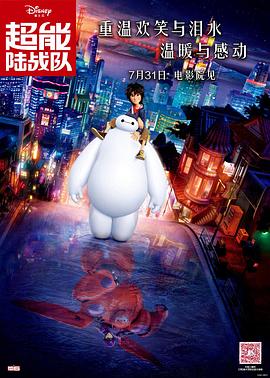