Comedies Can Be Thought-provoking

The comic movie “Meet the Parents” is also a thought-provoking one. Instead of just keeping laughing and laughing, I think more about the main characters (Greg and Jack), prejudice, bias, the relations between children and parents, etc. Without a doubt, the comedy tries to tell us something serious in an easy way.

1. About Plot
This movie tells us a dramatic story of a couple of lovers and a visiting to the woman’s parents’ house in a humorous tone. The man whose name is Gaylord Greg Focker fell in love with the woman Pam Byrnes and he made up his mind to marry her. By listening to Pam and her sister’s phone call unintentionally, Greg realized that he should ask for her parents’ (especially her father’s) permission if he wants to marry her. So he prepared a lot for the visiting to her parents’ house.
However, Rome was not built in one day. Greg lost his parking which contained the rings for the propose to Pam during the flight to Pam’s parents’ home which led to the following series of bad consequences. It was clear that Pam’s father Jack didn’t like Greg at all. Greg’s profession is nurse, which lead to Jack’s prejudice; Greg did not like cats, which make Jack unhappy because he was fond of them; Jack even suspected that Greg took drugs just because he said something like ‘puff the magic dragon’ carelessly.
Fortunately, to meet viewers’ expectation, the film has a happy ending. At the end of the film, when Greg finally gave up and decided to leave, Pam’s father Jack was convinced and changed his attitude towards the lover of his daughter. Greg came to the family again and make the offer of marriage to Pam successfully.

2. About Gaylord Greg Focker
I share the same opinion with most of audiences that I like Greg very much. Although he seems to be a little bit stupid and slow in response, he is a truly reliable young guy as a husband as well as a son-in-law. This conclusion can be drawn from the scene in the movie that when Pam’s father made him promise to obey the rules so that he could be maintained in the trust circle, he just kept it in mind and followed it carefully.
What is the most important thing is that he loves Pam deeply, for he sacrificed a lot to try to gain appreciation from his future father-in-law. For instance, he got along as well as possible with the cat which he used to hate and received Jack’s polygraph test tamely (although it is unreasonable and impolite). Jack was very rude to Greg which we can observe from Jack’s behavior, like, he even did not allow Jack to use the toilet bowl. But Jack didn’t complain a word about these things because of his true love to Pam. What a frank and lovely man he is!

3. About Jack Byrnes
Besides Greg, I also have affection on the other main character Jack, the father of Pam. It is true that he is very rigid when judging his daughter’s boyfriend. However, I can tell that these were all resulted from his endless love towards his daughter. He fully prepared for a surprise for another daughter Deborah Byrnes’s wedding ceremony and cared a lot for Pam’s future life. He is like a mirror which reflects the depth of fathers’ love in the whole world. Jack also makes me think of my own father Simon who loves me very much. I am sure when I bring my boyfriend home one day in the future, he must be very picky too. Thinking about my father, I consider Jack a good father. I even feel pity for Jack for he would have to let his sweet daughter live with others in the future.

4. About Prejudice and Bias
In the movie, I am deeply impressed by the prejudice and bias in U.S. The social classes are divided clearly in U.S., which are the upper classes, the middle classes and the lower classes. The higher-class people have a prejudice against the lower-class people, which can be seen in many American films, novels and news reports. The only thing I dislike in the comedy is the obvious prejudice Jack showed to Greg. He thought that Greg was not a successful and industrious man because he was only a nurse; he invited Pam’s ex Kevin Rawley to home deliberately to make Jack embarrassed; he even investigated Jack’s background through CIA. I feel very sorry for this kind of bias which commonly exists all over the world, not only in China. I just wonder that why a person who earn money to make a living is prejudiced against just because his/her occupation is not ‘good’ enough ?

5. About Children and Parents
When talking about my opinion about the relationship between parents and their children, I’d like to talk about more my own experience and ideas. When I was living together with my parents, I always complain that they nearly controlled every aspect of my life and their rules almost extended to every corner of my own personal affairs. I was impatient about their suggestions or comments on my behaviors. However, as time goes by, as I grew up and apart my parents to attend the university, I miss them so much, even their strong controlling and rules. It is sort of weird, isn’t it? I finally know that it was a kind of true happiness when you have someone be around with you and care about you. So it is the love that combines our parents and us together firmly. Whatever they do and say is aimed to make us happy. Keep this in mind and cherish the time you are spending with your parents instead of regretting after losing them.
© 本文版权归作者  ゆきこです  所有，任何形式转载请联系作者。
这篇影评有剧透
转发
微信扫码
> 拜见岳父大人 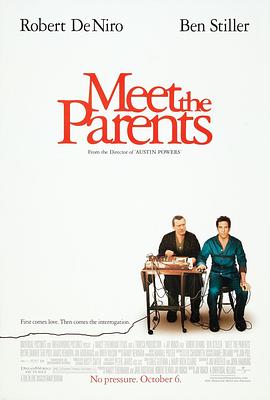