Quotations and References: Act One

p5
"All knowledge is precious whether or not it serves the slightest human use." - Hector
A.E. Housman

"I have put before you life and death, blessing and cursing: therefore choose life, that both thou and thy seed may live." - Hector
Deuteronomy 30:19

p7
"Look up, My Lord."
"Vex not his ghost. O let him pass. He hates him
That would upon the rack of this tough world
Stretch him out longer."
"O, he is gone indeed."
"The wonder is he hath endured so long.
He but usurped this life..."

"...I have a journey sir, shortly to go;
My master calls me, I must not say no." - Hector
"The weight of this sad time we must obey
Speak what we feel, not what we ought to say."
- Edgar (Posner), Kent (Timms/Hector), King Lear, William Shakespeare, Act V, Scene 3

Hymns Ancient and Modern - a Church of England hymnal.

p9
Renaissance Man - answers.com: "A man who has broad intellectual interests and is accomplished in areas of both the arts and the sciences."

p12
Although the script does not make it clear, Posner here sings the chorus of L'Accordéoniste, a song popularised by Edith Piaf.

"Let each child that's in your care-"
"Have as much neurosis as the child can bear." - Hector and Mrs Lintott
W.H. Auden, Letter to Lord Byron

Hecatomb - like holocaust, a word associated with sacrifice. In this sense, 'holocaust' refers to an animal sacrifice by fire.

Trench warfare - static lines of defence in war, with each side basing soldiers in trenches as a means of defence.

Haig - Field Marshal Douglas Haig, nicknamed 'Butcher of the Somme', one of the more controversial figures in WWI.

"The humiliation of Germany at Versailles." - refers to the 1919 Treaty of Versailles, a formal peace treaty with Germany at the close of WWI. It included that Germany take full responsibility for the war and imposed several restrictions of territorial, military and economic matters.

"Ruhr and the Rhineland." - refers to the Ruhr Crisis. France sent forces to occupy the Ruhr, an area in the north of the Rhineland, in an effort to force Germany to once again make reparation payments, which they stopped in 1923. Britain and the United States did not support this action.

p25
The Cenotaph - The Cenotaph in Whitehall, London is where the national ceremony takes place on Remembrance Sunday (11th November, the day hostilities ceased in the First World War).

The Last Post - a bugle call used to commemorate those who have died in war. It is sounded on Remembrance Sunday following the two minutes' silence.

Passchendaele - refers to the 1917 battle of Passchendaele. Dakin is referring to Haig's controversial campaign, in which damage was inflicted to the German Army at great expense to the lives of British troops.

The Somme - refers to the 1916 Battle of the Somme. Exact casualty figures vary, but several hundred thousand were killed in battle, a large proportion of these on the first day. Again, blame was laid upon Haig's leadership.

Siegfried Sassoon - an English poet famous for his anti-war poetry.

"If any question why we died,
Tell them because our fathers lied." - Irwin
Common Form, Rudyard Kipling

p27
"Those long uneven lines
Standing as patiently
As if they were stretched outside
The Oval or Villa Park,
The crowns of hats, the sun
On moustached archaic faces
Grinning as if it were all
An August Bank Holiday lark..."

"...Never such innocence,
Never before or since,
As changed itself to past
Without a word--the men
Leaving the gardens tidy,
The thousands of marriages,
Lasting a little while longer:
Never such innocence again." - Scripps, Lockwood, Akthar, Posner, Timms.
MCMXIV, Philip Larkin.

p28
Western Front - the term used in WWI and WWII to describe the frontier between the Allied Forces and Germany.

The Trial - a novel by Franz Kafka, about a man arrested and charged with a crime he knows nothing about.

"The person from Porlock" - a reference to the story of the visitor to Coleridge during the writing of Kubla Khan, resulting in the poem's incomplete status.

p31
"Did the knights knock at the door of Canterbury before they murdered Beckett?" - Hector
Thomas Beckett, the Archbishop of Canterbury (1162 - 1170) was assassinated inside Canterbury Cathedral. He was later canonised in 1173.

Now, Voyager - a 1942 film starring Bette Davis and Paul Henreid, about a woman who falls in love whilst in therapy after a nervous breakdown.

p32
"The untold want by life and land ne'er granted,
Now voyager sail thou forth to seek and find." - Hector
Leaves of Grass, Walt Whitman.

p33
The Carry On films - a series of British comedy films, parodies of famous historical and literary events or people. They are famous for their excessive use of double entendres in dialogue and slapstick comedy.

p34
George Orwell - an English author and journalist, who was famous for his political and social commentary in his essays and novels.

p35
Stalin - First Secretary of the Central Committee of the Communist Part from 1922 to 1953, effectively becoming a dictator by the late 1920s.

Henry VIII - Second Tudor King of England, reigning from 1491 - 1547. Responsible for the introduction of Protestantism to England.

Pearl Harbour - the attack on Pearl Harbour took place in 1941, when the Japanese attacked the American naval base at that location. Franklin Roosevelt, the President at the time, delivered the Infamy Speech condemning the attack.

Francis Bacon - English philosopher, knighted by James I in 1603.

p36
"Turner, then, or Ingres." - Irwin
J. M. W. Turner was an English painter in the Romantic movement. Jean Ingres was a French painter working in the 1880s.

"About suffering they were never wrong,
The Old Masters...
how it takes place
While someone else is eating or opening a window..." - Timms
Musée des Beaux Arts, W. H. Auden.

The Mikado - an opera by Gilbert and Sullivan, first opening in 1885.

"The heart has its reasons of which reason knows nothing."
Pensées, a philosophical work by Blaise Pascal.

p38
"We're not just a hiccup between the end of university and the beginning of life, like Auden are we, sir?" - Lockwood
Auden was a schoolteacher.

"England, you have been here too long,
And the songs you sing are the songs you sung
On a braver day. Now they are wrong." - Lockwood
Voices Against England in the Night, Stevie Smith

Not Waving But Drowning - a poem by Stevie Smith, published in 1957.

p40
Brief Encounter - a 1945 film starring Celia Johnson and Trevor Howard, telling the story of a couple, both married, who meet in a railway station and soon fall in love. This scene takes place at the end of the film, when Laura (Celia Johnson) returns to her husband, rather than the man she has just fallen in love with.

p44
When I Survey the Wondrous Cross - a hymn written by Isaac Watts.

"A painter of the Umbrian school
Designed upon a gesso ground
The nimbus of the Baptized God.
The wilderness is cracked and browned
But through the water pale and thin
Still shine the unoffending feet
And there above the painter set
The Father and the Paraclete." - Scripps
Mr Eliot's Sunday Morning Service, T. S. Eliot

p51
"After such knowledge, what forgiveness?" - Hector
Gerontion, T.S. Eliot.

"To think that two and two are four
And neither five nor three
The heart of man has long been sore
And long 'tis like to be." - Hector
A Shropshire Lad, A. E. Housman

p53
Plato - an ancient Greek philosopher, who wrote about the teachings of Socrates. The notion of Platonic love is found, in one example, in his discussion of the relationship between Socrates and the young Alcibiades.

Michelangelo - Italian Renaissance artist. He is famous focus upon the aesthetic of male beauty and the homoeroticism which may be found in his work.

Oscar Wilde - English playwright and poet of the nineteenth century. He was famously tried and sentenced for his homosexuality.

p54
Rupert Brooke - an English poet, most famous for his First World War poetry. Posner here quotes the opening of his poem The Soldier.

p55
"The Zulu Wars" - a reference to the war between the Zulus and the United Kingdom in the 1870s.

"The Boer War" - refers to either the first or the second Boer wars, fought between the British Empire and the Boer Republics in the late 1800s. 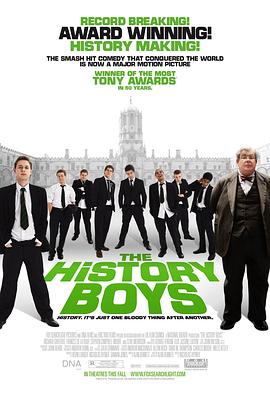