I become very captivated by computer.

It was clear that the company recognized its true values was its employee.

AT&T made a fatal flaw when they designed an original telephone network, digital telephone network was they put the signal in from computer to computer in the same band as your voice. Which meant if you could make those same signals, you could put it right into the handset. And literally, the entire AT&T international phone network would think that you were on AT&T computer.

What was so interesting is that we were young, and what we learned was that we could build something, ourselved. That could control billions of dollars worth of infrastructure in the world. We could build the little thing that could control agiant thing. And that was an incredible lesson. I don't think there would have ever been an Apple computer had there not bee Blue Box.

Apple I was the extension of this termnial, putting a micro process around the back end. We really built it for ourselved because we couldn't afford to buy anything.

I ran across one venture capitalist name Don Valentine, who came over to the garage. And he later said I look like a renegade from the human race, that was his famous quote.

I think, you know, my recollection is that we stole the show.

So in business, a lot of things are … I call it "folklore".

The company grew like topsy and eventually went public.

It's good they showed us, because the technology burned and crashed at Xerox.

I was so blinded by the first one that I didn't ever really see the other two.

The product genius brought them to that monopolistic position gets rotted out by people running this companies who have no conception of a good product versus a bad product. They have no conception of craftsmanship that's required, that take a good idea and turn it into a good product. And they really have no feeling in their hearts usually about wanting to really help the customers.

The people in Xerox PARC used to call the people who runs the Xerox tonerheads.Basiclly, they were copier heads, just have no clue about what a computer can do.

When they started getting bigger, they want to replicate their initial success, and a lot of them think well somehow there are some magic in the process, of how success is created.

And before very long, people get very confused that the process is the content, that's ultimately the downfall of IBM. IBM has the best process people in the world, they just forgot about the content. And that's so what happened a little bit at Apple too, we had a lot of people who ar egreat at management process, and they just didn’t' have a clue as to the content.

And in my career, I found that the best people you know are the ones who really understand the content. They are pain in the butt to manage, you know but you put up with it because they are so great at the content. And that's what makes a great product, it's not process, it's content.

But that was not enough fundamental content understanding. Apple drifted too far away from its roots.

But it was not long after that it really occurred to me that if we didn't do something here, the Apple II was running out of gas.

We were on a mission from God to save Apple. No one else thought so, but it turned out we were right.

It's the "disease" of thinking that a really great idea is 90% of the work, and if you just tell all these other people, "here is this great idea!", then of course they can go off and make it happen.

The problem with that is that there is just tremendous amount of craftsmanship in between a great idea and a great product. And as you evolve the great idea, it changes and grows, it never comes out like it starts. Because you learn a lot more, you get into the subleties.

And you get into all these things, designing a product is keeping 5000 things in your brain. These concepts and fitting them all together in and kind of continuing to push and fit them together and in new and in different ways to get what you want. And everyday you discover something new that is new problem or new opportunity to fit these things together or a little differently. It's that process taht is the magic.

And that's always been in my mind that, my metaphor for a team working really hard on something they're passionate about it's that through the team, through that group of incredibly talented people bumping up against each other. Having arguments, having fights sometimes, making some noise, and working together they polish each other.

Most things in life, the dynamic range between average and the best , is at most 2 to1.

In software, and it used to be the case with hardware too, the difference between average and the best is 50 to 1, maybe a 100 to 1. Very few things in life are like this.

So I built lots of my success of finding these truly gifted people, and not settling for B and C players, really going for A players.

They become self-policing, they only want to hire more A players together.

When you get really good people, they know they are really good, and you don't have to baby people's ego so much.

You need to do it in a way that doesn't call into question your confidence in their abilities. But, leaves not too much room for interpretation that the work they have done for the particular thing is not good enough to support the goal of the team. And that's a hard thing to do. I always take a very direct approach.

I am also one of these people, I don't really care about being right, I just care about success.

So you will find a lot of people that would tell you that I had a very strong opinion, and they present evidence in conrtrary and 5 minutes later I can change my mind. Cause I like that, I don't mind being wrong. And I admit that I am wrong a lot, doesn't really matter to me too much.

What matters to me is that we do the right thing.

The industry went into a recession

All those problems got put into a pressure cooker, because of this contraction in the market place.

He had incredible survival instinct. And John decided that a really good person to be the root of all the problems would be me. And so we came to loggerheads.

Apple is in a state of paralysis in the early part of 1985.

主持人形容1985年没有位置给Jobs，是一种流放【Siberia】。他说当时很想留下来，试图申请过每年只要几百万预算谋求自己另外成立一个小研发部门，都没有人同意，no position, no opportunity, my office was taken away. 看着这一段特别心酸。

Apple is dying a very painful death, it's on a glide slope too, to die.

What happened was the understanding of how to move these things forward, and how to create these new products, somehow evaporated. And I think a lot of people stuck around for a while, but there wasn't an opportunity to get together and do this, cause there wasn't any leadership to do that.

So, what's happens with Apple now is that they had fallen behind in many aspects certainly in market share, and most importantaly their differentiation has been eroded by Microsoft

And so what they have now is that they have their installed base, which is not growing, which is shrinking slowly. But would provided a good revenue stream for several years, but it's a glide slope, it's just gonna go like this.

So it's unfortunate and I don't really think it's reversible at this point of time.

Microsoft's orbit made possible by a Saturn 5 booster called IBM.

So they have 2 characteristics, I think they are very strong opportunitists. And I don't mean that in a bad way. And two, they are like the Japanese, they just keep on coming. Now they were able to do that because of the revenue stream from the IBM deal, but nonetheless they made the most of it and I gave them a lot of credit for that.

The only problem with Microsoft is they just have no taste.

They don't think fo original ideas, and they don't bring much culture into their products.

But the way we are going to ratchet it up, our species, is to take the best, and to spread it around to everybody. So that everyoen grows up with better things, and start to understand the subtleties of these better things. And Microsoft is just McDonalds.

This object technology let you build software 10 times faster, and it's better.

One is objects, and another is web.

The Web is incredibly exciting because it's the fullfillment a lot of our dreams, that the computer would ultimately not be primarily a device for computation but metamorphosis into a device for commmunication, and with the web that's finally happening.

I think the Web is going to be profound in what it does to our society.

Humans were tool builders, and we build tools that can dramatically amplify our innate human abililites.

As you know when you set vector off in space, if you can change direction a little bit at the beginning, it's dramatic when it gets few miles on space, and I fell we are still really at the beginning of that vector, and if we can nudge it into right directions, it would be a much better thing as it progresses on.

Q: How do you know what's the right direction? A: ultimately it comes down to taste. It comes down to trying to expose yourself to the best things that humans have done and try to bring these things into what you are doing. And Picasso had a saying "good artists copy, great artists steal". We have always been shameless about stealing great ideas.

And I think part of what made the Macintosh great was that people working on it were musicians and poets and artists and zoologists and historians, who also happened to be the best computer scientists in the world.

But if it hadn't been for computer science, these people would have all been doing amazing things in other fields and they all brought with them, we all brought to this effort a very liberal arts sort of air, a very liberal arts attitude that we want to pull in the best that we saw in other fields into the field. And I don't think you'll get that if you are very narrow.

There was something beyond, sort of what you see everyday. There are something going on here in life beyond just a job, a family. 2 cars in the garage and a career. There's something more going on, there's another side of the coin, that we don't talk about much.

And we experience when there are gaps, when we kind of aren't when everything is not ordered or perfect and when there's a kind of gap, you experience this inrush of something.

And of course the pendulum swung too far the other way, that was too crazy. But there was a germ of something there, and it's the same thing that causes people to want to be poets instead of bankers, and I think that's a wonderful thing. And I think that same spirit can be put into products, and these products can be manufactured and given to people, they can sense that spirit. 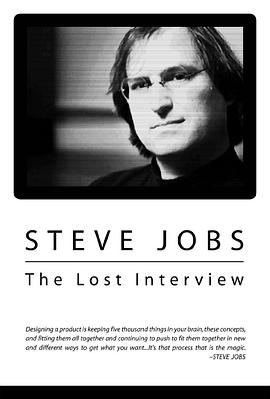